› Startseite › Veranstaltungen › Details
Contests & Conflict | 03.11.2021 | 18:00
On the effectiveness of democratic institutions in preventing ethnic conflict: Evidence from a lab-in-the-field experiment

Hannes Rusch will present his paper titled "On the effectiveness of democratic institutions in preventing ethnic conflict: Evidence from a lab-in-the-field experiment" (joint work with Luke Glowacki and Florian Morath).

Abstract of the paper:
We analyze factors that explain the success of democratic institutions as a means to peacefully solve resource allocation problems. Our preregistered lab-in-the-field experiment investigates the following questions: Can democratic allocation mechanisms effectively resolve distributional conflict in the presence of ethnic hostilities between groups? Does the risk of being exploited by the majority induce the minority to reject democratic allocation institutions and trigger inefficient conflict? Do restrictions of the majority's decision-making power resolve the distributional conflict and increase the success of democratic allocation institutions?
Our design derives from a game theoretic model in which two unequally sized groups can either commit to implementing a given democratic allocation mechanism or trigger conflict prior to observing that mechanism’s outcome. Our treatments address the impact of (a) ethnic hostilities and (b) the decision-making power of the majority on the likelihood of conflict. For (a) we compare majority voting in the presence versus absence of ethnic hostilities. For (b) we compare two more ‘inclusive’ democratic allocation mechanisms: (1) a voting rule strengthening the minority; and (2) the possibility of triggering conflict as an option to exert veto power.
We conducted our experiment in Ethiopia in the fall of 2019, a time of intense ethnic tensions in the country. We recruited a total of 240 participants from two quarreling ethnic groups. Analyzing behavioral outcomes, we find two main effects: (i) being in the minority makes participants significantly more likely to trigger inefficient conflict (ii) unless the minority is given strong veto power. Analyzing participants’ beliefs, we also find that (iii) the absence of ethnic hostility as well as (iv) the voting rule strengthening the minority significantly reduce participants’ beliefs that conflict will be triggered.
Our results experimentally confirm previous theorizing and correlational evidence on the effect of being in the minority on triggering destructive conflict: when minorities anticipate a looming ‘tyranny of the majority’ they may be reluctant to commit to democratization efforts and opt for conflict instead. However, our results also indicate that credible checks to the majority’s power, like veto rights for the minority, can alleviate this problem. 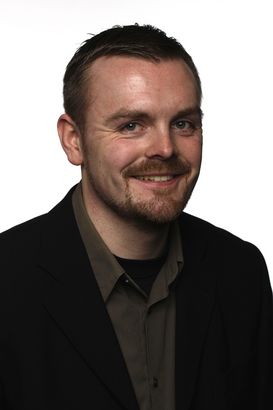