Dr Caroline Glenk and Dr Jonathan Schindler, until recently doctoral students at the Institute, have been awarded the Promotion Prize of the LMU Faculty of Law for their graduate thesis. 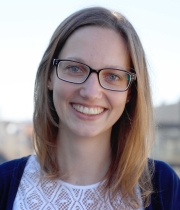 Caroline Glenk wrote her thesis from March 2017 to December 2020 as a research assistant in the Institute’s Corporate and Tax Law Department. Since then, she has been working at the Bavarian Ministry of Finance.

Her thesis “Transparent Taxation and Offsetting of Losses: A Comparative Law Analysis between Germany, France and the USA” deals with the deductibility of business partnership losses in these countries.

The starting point is the pass-through status of partnerships, which allows partners to set off the losses of a partnership in their own tax return and thus obtain direct tax benefits from it. The focus of the paper is on the relation between the deductibility of losses and the extent of the partners’ personal liability for the company’s debts. It is striking that all the legal systems examined seek to establish such a relation, but then again provide more or less strict limitations on the deductibility of losses for the partners. The paper compares these loss restrictions and concludes with a reform proposal for German law. Jonathan Schindler joined the Institute in 2012 as a student assistant and completed his doctorate between 2017 to 2020 in the Department of Corporate and Tax Law. He then went on to complete his legal traineeship at the Munich Higher Regional Court.

In his doctoral thesis “Legislation on Money Laundering and Tax Law”, he deals with the interconnections between the fight against money laundering and the taxation procedure. The Money Laundering Act in particular interferes with the fundamental rights of practically the entire population. However, the insights gained into the personal and economic circumstances of individuals are not only of interest to law enforcement agencies and intelligence services, but also to the tax authorities. Schindler’s central question is: Is the use of money laundering law for tax purposes compatible with the fundamental rights of those affected? To answer, he analyses the development, the objectives and also the weaknesses and inconsistencies of the current national and international regulatory framework.