Abstract of the paper
This paper studies optimal bid caps in a multi-player generalized lottery contest, in which a higher bid improves one's winning odds but does not ensure a win. The bid cap is allowed to be either rigid or flexible. The former imposes outright restrictions on players' bids, while the latter specifies a tax rate for every level of bid and generates tax revenue in equilibrium. A designer commits to the bid cap scheme prior to the competition to maximize a weighted sum between players' aggregate bid and the overall tax revenue she collects through the cap. Our analysis characterizes the properties of the optimum and spells out the conditions for the various optimal bid cap schemes. Our results stand in sharp contrast to studies based on two-player all-pay auctions (e.g., Che and Gale, 1998 and 2006; Kaplan and Wettstein, 2006): We show that with a sufficiently noisy winner-selection mechanism, a rigid bid is always suboptimal regardless of the designer's preference, and no cap is optimal when the designer maximizes only the aggregate bid. Based on our analysis, we develop a rationale that bridges noisy contests and all-pay auctions and sheds light on the nature of bid caps in different contexts. 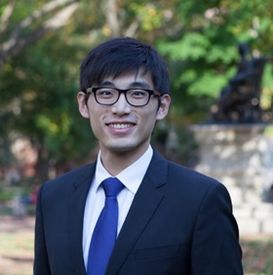